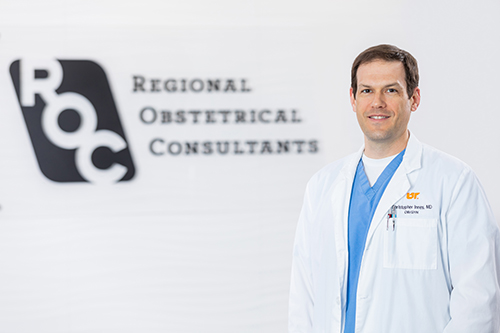 After graduating from Hixson High School, Dr. Innes went on to the University of Tennessee where he received degrees in both biology and chemistry. Between college and attending medical school, he worked as a chemist at Chattem Chemicals. He decided to pursue a career in medicine, and received his doctorate from the University of Tennessee Health Science Center in Memphis, then completing his residency at UTCOM in Chattanooga. Dr. Innes has worked at a private practice in Hixson for 13 years, also serving as an assistant professor for the University of Tennessee Health Science Center for the past six years. He has also been Chief of OB/GYN for EHS since 2017. He has been married to his wife Jennifer for 21 years, and they have two children: Ian, age 16, and Bess, age 13. In his spare time, he enjoys mountain biking and playing in a local indoor soccer league.