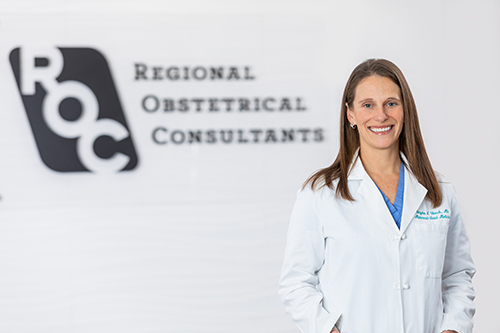 Dr. Hawk earned her Medical Doctorate at the Medical College of Georgia, where she was inducted into the Alpha Omega Alpha society. She completed her obstetrics and gynecology residency in 2010 at the University of Virginia. After completion of residency, Dr. Hawk remained on faculty, practicing primary care and OB/GYN with the UVA Department of Student Health. Given her passion for high risk obstetrics, she continued her training at the Medical University of South Carolina, completing her fellowship in Maternal Fetal Medicine in 2014. During her fellowship, Dr. Hawk had the opportunity to further pursue her academic career by obtaining her Masters of Science in Clinical Research. She is a Diplomate of the American Board of Obstetricians and Gynecologists. When she is not practicing medicine, she enjoys running, traveling, and spending time outdoors with her family and her dog, Rose.