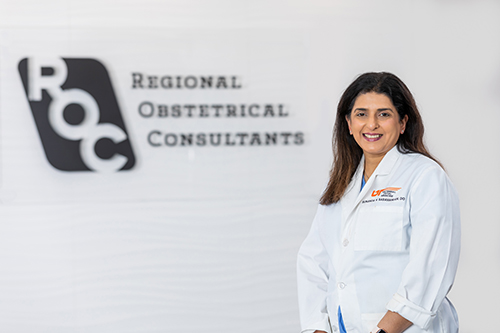 In 2009, Dr. Sadanandan relocated from New Mexico to Chattanooga, becoming a part of the team at Regional Obstetrical Consultants. She is also a University of Tennessee, College of Medicine at Chattanooga, Assistant Professor, and in this role is dedicated to mentoring both residents and medical students. Dr. Sandanandan has been the recipient of multiple teaching awards including the 2013-2014 Donald R. Krohn, MD Award for Outstanding Teaching. She is a member of several academic and professional associations including the American College of Obstetrics and Gynecology, the Society of Maternal Fetal Medicine, and the Chattanooga Medical Society.

Dr. Sadanandan received her medical training at Pikeville College School of Osteopathic Medicine, after which she completed her residency in Obstetrics and Gynecology in 2006 at TriHealth Bethesda North Hospital in Cincinnati, OH, with board certification in 2008. Her Maternal Fetal Medicine Fellowship was completed at the University of New Mexico in Albuquerque, NM in 2009, followed by MFM board certification in 2014. In 2016, she received her MBA from the University of Tennessee at Chattanooga.